When editors say they are looking for narrative nonfiction, what does that mean?

The primary goal of the narrative nonfiction writer is to communicate information, like a reporter, but to shape it in a way that reads like fiction.

So how do you do that?

✏️ Set the tone with opening images or word usage or even a juicy quote. My book, An Eye for Color, starts out: “Josef Albers saw art in the simplest things.” I wanted to set the tone that this story was about art, but simple art that kids could relate to. As the story unfolded, I connected to that idea of keeping it simple.

✏️ Voice. When writing narrative nonfiction, avoid the dull, droning textbook voice that makes you feel like you’re reading a reference book. Perky, fast-paced and humorous works better to capture your reader right from the start.

✏️ Don’t give away the point you’re trying to make, build up to it. Use obstacles and rising stakes. Ask yourself, if this thing doesn’t happen, then what?

✏️ Use poetic language rather than dry statements. Using my new biography, When Jackie Saved Grand Central, as an example, I wanted to say that Jackie was mad and she wanted to join the protestors so I wrote: “Like a powerful locomotive, Jackie led the charge to preserve the landmark she and New York City loved.” This language ties into the train theme.

✏️ Build your world or era. But do it quickly! Don’t spend a lot of opening text on setting up the year, the location, or the era. Here’s how the Jackie story starts out: “When Jackie became First Lady of the United States in 1961, she moved into the White House with President John F. Kennedy and their children.” Nuff said. I didn’t have to tell you when Jackie was born, or how many kids she had and their names, or what number president John Kennedy was, or that the White House was in Washington, D.C.

✏️ Find tension. Like all books, narrative nonfiction requires tension and conflict to grab a reader. Does your main character have a competitor who is trying to beat your guy to the patent office? Is the event something that could change the world? Is the main character full of doubt which could sabotage everything?

✏️ Find “aha” moments. Did your character have a breakthrough on her invention? Did the artist discover something he’d never seen before in his paintings that made him follow a new path? Did your character get an idea while observing ladybugs that helped solve his problem?

✏️ Is there an emotional journey for the main character? How does she succeed or grow? This works great for narrative nonfiction inventor stories. Why did the person want to invent something in the first place? Did he have a sick mother? Was a machine too cumbersome? During his journey did he ever want to give up? Did he have a breakthrough, or a break down? Did he get the recognition he wanted, or choose to live alone in a cabin instead?

✏️ Is there a kid-friendly or universal theme? Historic preservation is a tough theme to sell to younger kids, so I had to make it about saving buildings people love to use rather than pontificating about the value of restoring the architectural integrity of a landmark. See the difference?

✏️ Make us care about the person or object or invention. In my Jackie book, the biggest breakthrough in my revisions came when I started looking at the object that Jackie was trying to save – Grand Central Terminal – as something people cared about. Rather than just describing the building, I showed examples where people attended dances there, where politicians gave speeches, and friends met for lunch. That way the reader could have an emotional attachment to the building and therefore care if it was going to be destroyed or not.

✏️ Limit use of facts. This sounds odd when you’re writing narrative nonfiction, but too many facts can drag down the poetic flow of the text. Choose the facts that support your theme or opinion about the topic. Interesting nuggets that are visual or help children relate to the topic are keepers.

And don’t pile them up in one giant paragraph. Sprinkle them throughout the story, and use quotes to break up stretches of text. Visually, quotes give the eye something different to see, therefore re-investing the reader in your story.

If you still think some facts are pertinent, put them in the endnotes instead.

When you’re writing narrative nonfiction, always keep in mind, is it kid friendly and am I telling a story? Then weave those facts into your story so that readers will learn while also being entertained.

Before you start writing your narrative nonfiction manuscript keep these things in mind:

🔸 How can you connect kids to your topic? For example, how does an invention affect their lives today?

🔸 Does your story have an unusual slant?

🔸 Is your biography of someone not heard about or someone kids should know about?

🔸 Check to see what other books have been done on that topic and how the author treated the telling and incorporated the information. Check out their sidebars and endnotes, too.

🔸 Is yours different and fresh?

🔸 Has new information come out on that topic to warrant a new book? Such as when a new president is elected. Or a new technology invented. How does this new bit of information make what’s out there obsolete – the topic could use a freshening up.

🔸 Has the publisher you work with already published that topic? Then don’t submit to them.

🔸 Did you publish a chapter book on a topic that would make a good picture book? If so, choose one through line and simplify and use poetic language. Choose one thing the person did and focus on that.

🔸 Is there an anniversary coming up in 4-5 years that you can hook your topic to? Start gathering research now.

🔸 Make sure you document where every fact is from so you can easily find it when you need to revise with an editor, or when you need proof where you got a quote.

🔸 Keep a list of experts you contacted so they can vet your manuscript before you submit it.

Natasha Wing is a best-selling author who has been writing for 25 years. She is best known for her Night Before series, but also has written several narrative nonfictions. When Jackie Saved Grand Central: The True Story of Jacqueline Kennedy’s Fight for an American Icon (HMH Books for Young Readers) received starred reviews from Booklist and Kirkus. I love the suggestion to limit use of facts! It’s really true, but we as writers are often compelled to include every little detail in a story when most of them are irrelevant (though it’s difficult to see that sometimes without the help of a good editor). Great tips here!

Learning from experience can’t be beat! Experience is the best “teacher” in the world…no matter if it’s not YOUR personal experience. Listen, observe, learn…just keep your “mouth closed,, eyes, ears and mind OPEN!” Thank You, Thank You, Thank You…for sharing your priceless list of advice to others less “bruised from the rough road traveled on the interstate of writing. Best Regards, “Cartoon Bill” Crowley PS: Brief background: I’m an artist / cartoonist and have illustrated my share of mostly Children’s books and truly love doing so. Yes, I’ve written my own children’ book…but…have re-written and re-written it several times. The illustrations are all in my head screaming and screaming “Let me out! Let me out!!!” For sure, they will be “let out’ some time in 2018. Count of it! My story has the “Judy Seal of Approval” ( my wife) …and she is NOT a “Yes” person.If it’s bad, she says so, and likewise on the affirmative side of the equation…the best type of person to have as a partner, for sure!! Thank You Again, “Cartoon Bill” Crowley.

Natasha….this is a goldmine of info and recommendations…..wow! Can’t wait to share. I think many of the action items you listed also will help with my songwriting. Congratulations to all involved in this interesting and beautiful book. 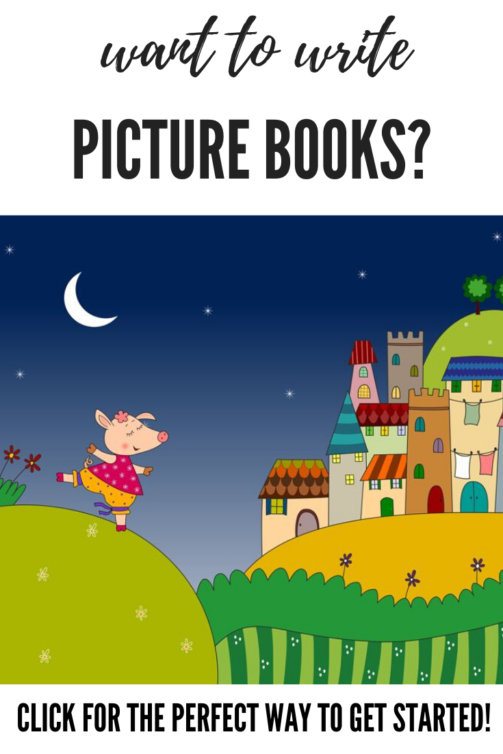 This website uses cookies to improve your experience while you navigate through the website. Out of these cookies, the cookies that are categorized as necessary are stored on your browser as they are essential for the working of basic functionalities of the website. We also use third-party cookies that help us analyze and understand how you use this website. These cookies will be stored in your browser only with your consent. You also have the option to opt-out of these cookies. But opting out of some of these cookies may have an effect on your browsing experience.
Necessary Always Enabled
Necessary cookies are absolutely essential for the website to function properly. This category only includes cookies that ensures basic functionalities and security features of the website. These cookies do not store any personal information.
Non-necessary
Any cookies that may not be particularly necessary for the website to function and is used specifically to collect user personal data via analytics, ads, other embedded contents are termed as non-necessary cookies. It is mandatory to procure user consent prior to running these cookies on your website.
SAVE & ACCEPT
wpDiscuz
3
0
Would love your thoughts, please comment.x
()
x
| Reply
Share via
Facebook
Twitter
LinkedIn
Mix
Email
Print
Copy Link
Powered by Social Snap
Copy link
CopyCopied
Powered by Social Snap