How to Write Plays Children Will Love If you want to pen plays that young actors will love, there are two rules you can’t afford to ignore: simplicity and relevance. Unfortunately, a mistaken belief that writing for YA audiences is just a stepping-stone to writing for adults often results in scripts that are heavy on details, condescending in tone, imitate TV shows, utilize excessive staging notes, and require a budget that would strain most drama departments. To craft a production that will challenge the performers, delight the audiences, and stay within budget calls for an awareness of what kids today find entertaining. This can be gleaned from the combination of paying attention to the young people around you and reading/attending plays already written for the age-group you want to reach.

It also helps to have a long memory of the sound of applause and the magic that transpires whenever houselights dim and curtains rise…. For a play to work, it has to be one that participants and spectators alike can relate to. For lower/middle grades, this usually takes the form of popular fairy tales or familiar characters in updated settings; i.e., Sleeping Beauty and Rapunzel at a beauty salon. For teenage thespians, the ability to follow more complicated plots opens the door to mysteries, light romance, parodies, and “issue” plays that celebrate history, self-esteem, and cultural diversity.

The limitations of school resources cannot be ignored. Multiple sets, period furniture, excessive props and lavish costumes are an instant red flag for cost-conscious drama teachers. Likewise, insurance liability in the presence of any safety hazards– multi-level platforms, ladders, sharp objects or dangerous stunts–can factor into the marketability equation. While such constraints may dissuade the submission of Shakespearean spoofs or high-tech dramas, the secret to acceptance is Minimalist Illusion – the ability to create ambiance without endangering the actors or depleting the class treasury.

The subject of limited resources also applies to the potential talent pool. Ideally, a cast calling for an equal number of boys and girls will sell better than–oh, say, a script that has one princess and ten little prince wannabees. Even better is a storyline that allows either sex to play certain roles. Wise, too, is the playwright who recognizes that the ethnic composition of our country’s classrooms has changed dramatically in recent years. A parody of The Three Bears, for instance, could star an Asian father, a Latina mother, a Russian offspring, and a Goldilocks whose tresses are ebony cornrows.

While writing scripts for young people doesn’t pay as much as novels or film, there’s no denying that the satisfaction level is priceless. How many future actors, directors or playwrights, I wonder, will someday credit their love of the genre to a walk-on they once had in the fifth-grade pageant? As such, writers have a responsibility to not just craft stories that encourage creativity and self-confidence but concurrently reinforce the positive message that integrity, tenacity and responsible actions will prevail against the darker sides of human nature.

Plots that promote rebellion, vulgarity, discrimination or cruelty to others have no place in this market. While it’s an unfortunate commentary that today’s youth are losing their innocence–both physically and emotionall–at a much younger age, the fact that live theater still exists amidst this confusion attests to its value as an educational arena in which anything–and everything–is possible. Therein lies a challenge to develop plays which not only engage the imaginations of this generation but those that follow. The Statue Speaks by Bernard Reines is a fine example of theatrical longevity. First published in Plays’ premier issue of 1941, the premise revolves around a young boy and girl’s visit to Ellis Island and a magical conversation with Lady Liberty. Over 60 years later, the script’s re-release–updated to reflect time’s passage–still evokes Reines’ original sentiments of patriotism and childhood hope.

Ten Tips for Starting a Story File of Play Ideas for Young People (they work for book ideas too!)

So how and where do you find ideas that would lend themselves to plays for children, tweens and teens? Here are some fun options to think about:

Why would someone sell an antique harp for only $12? What kind of confusion could occur if the lonely farm boy looking for a bride in Ad #123 were to cross paths with the English princess looking to hire a chauffeur in Ad #456? How did a llama get lost at the corner of Lexington and 54th?

Whenever you have Chinese food, save your fortunes in a jar on your desk. Draw them at random for YA flash fiction exercises in which you have to use the exact words as an opening or closing line of dialogue.

Seeking an interesting backdrop for your book? Check out the Adventure Archives at Kids Off the Couch. In addition to its film/book tie-ins, the conversation starters and activities will spark storytelling creativity.

Sit in a café, at a bus stop, or in a park and scribble your speculations about the jobs, homes, social status, hobbies, dreams and fears of everyone you observe based on their age, gender, clothing, body language, and interactions. Similar conjecturing can be applied to magazine ads, catalogues, commercials, and those shoeboxes of unlabeled sepia photos that always seem to be on the counter at antique stores.

Volunteer to be a crafts instructor, a camp counselor, or a career day speaker. These venues provide the chance to soak up the younger generation’s vocabulary, cadence, slang, and observe how emotions are expressed through verbal/nonverbal exchanges.

Peruse book reviews at Teens Read Too. Study the personal advice columns in YA magazines. Read the opinions and blogs at Teen Ink to get inside their heads.

Everything Old Is New Again

Revisit the classics you grew up with and see what they still say to you as an adult. Whether the genre is comedy or tragedy, timeless plots follow a faithful structure of Quest, Journey, Confrontation, and Reinvention. It’s only the characters and settings that get a makeover. Could there have been a Star Wars, for instance, if The Wizard of Oz hadn’t preceded it?

Pretend you’re auditioning a new YA character to be in a plot. Get him to prove his worthiness to you through a challenging questionnaire. See where his answers lead you.

Life in the Past Lane

We’ve all played the “what if” game and contemplated alternative outcomes if certain things had–or hadn’t–happened. A character-driven plot, however, explores why an incident transpired and how each of its observers and participants were transformed. Spend some timespeculating how a YA protagonist might react to notable events we tend to read only through the viewpoint of adults.

The Internet abounds with grade-specific lesson plans designed to help teachers make the classroom a more dynamic, interactive experience – and give aspiring playwrights a bounty of story-starters. Websites such as Teacher Lingo, Create a Story, The Lessons Plan Page, and Lesson Plans 4 Teachers will make you wish you were a kid again and give you plenty of kid-friendly story prompts, too. I’d also encourage a visit to School Video News where yours truly is an ongoing contributor of ideas for creative scriptwriting.

Last but not least, the pages of Writer’s Market are replete with listings of publishers and theaters hungry for new material. A word of advice: they’re sticklers about what they want. For instance, if the guidelines cite a requirement for “previously-staged contemporary comedies with all-girl ensembles not to exceed 5,” don’t send them the first draft of your mixed-cast musical revue of Beowulf. Likewise, there’s a differentiation in the term “children’s theater” among producers, depending on whether young people actually perform in the show or comprise the primary audience. Payments and rights widely vary from outright purchase to advances and royalties. Even if the best a local school can do is “pay” you in front-row tickets, don’t turn it down; it’s a great chance to see if anyone besides your relatives will laugh in all the right places.

Christina Hamlett is an award winning author whose credits to date include 30 books, 155 stage plays, 5 optioned feature films and squillions of articles and interviews that appear online and in trade publications throughout the world. She is also a script consultant for the film industry (which means she stops a lot of bad movies from coming to theaters near you) and a professional ghostwriter (which does not mean she talks to dead people). Learn more at www.authorhamlett.com. Interested in studying the craft of playwriting? She also teaches a six-week online class with one-on-one instruction and assignment critiques. 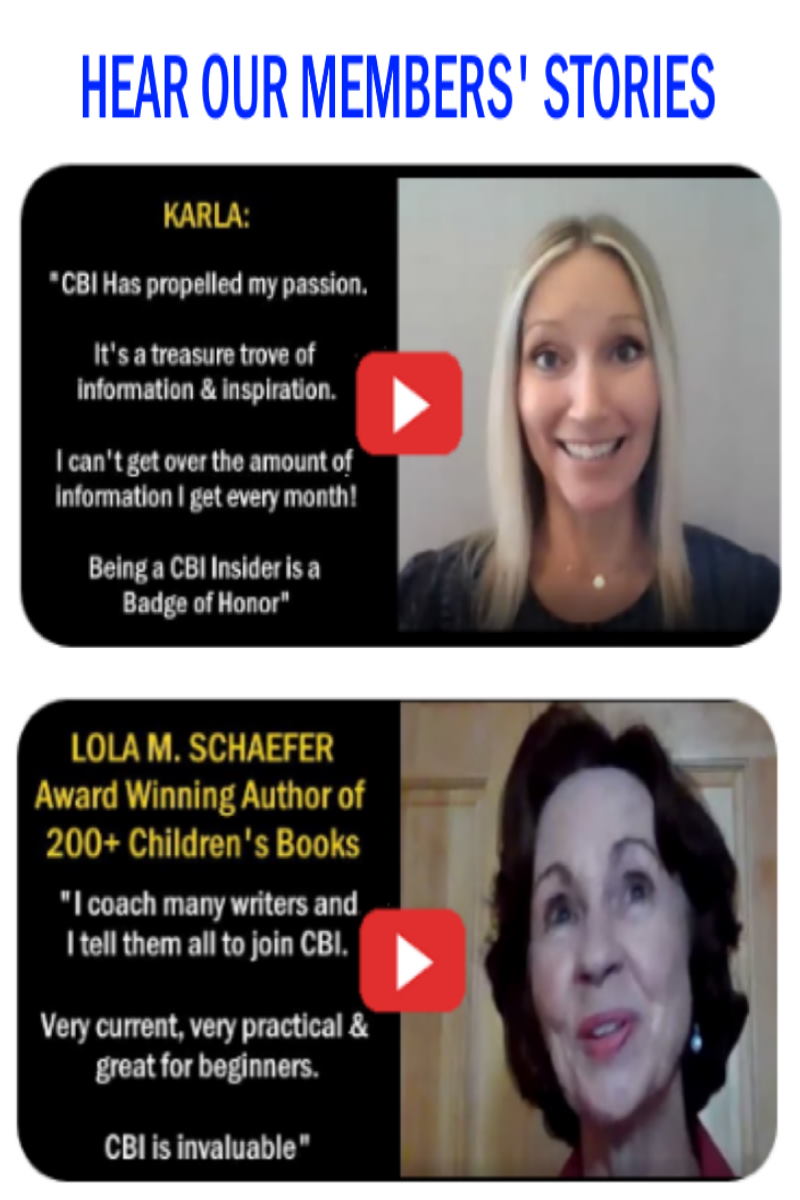