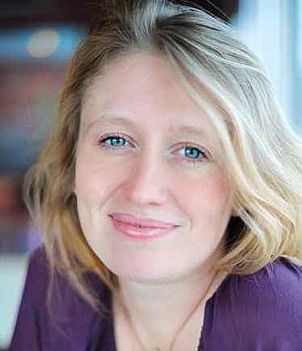 Connecting With Your Creativity

During these unsettling times, figuring out how to make time to write, what to write, and how to focus as a writer is difficult.

Join Alice for this free webinar just for you: we'll talk about ways to make slivers of time for storytelling, even as we're maybe working while caring for children or loved ones, or just trying to figure out our new normals.

We'll share how to get words onto the page, and how to write through this strange, uncertain period of our collective history.

Alice Kuipers has published ten books for teens and children, with two more upcoming. Her chapter book Polly Diamond and The Magic Book was selected by Parents Magazine as one of the best books of the year and is described by Booklist as a book that… “brings the magic of imagination to life.”

Her books have won many awards, and her work has been made into plays and performed on the radio. She teaches writing online, where she has over 1000 students, and in classrooms, and is a passionate advocate for young readers, and literacy, having worked many times with First Book Canada. Alice has had stories produced for CBC and essays published in Bristol Review of Books and Easy Living magazine. She has blogged for Today’s Parent, and The Huffington Post.

Alice’s debut novel was Life on the Refrigerator Door (HarperCollins), an award-winning Young Adult/Adult crossover published to rave reviews in 32 countries and told entirely in post-it notes written by a mother and her daughter. Named a New York Times Book for the Teen Age, Life on the Refrigerator Door has won or been short listed for numerous prizes, including the Redbridge Book Award, the Sheffield Libraries Choice Award, the Grand Prix de Viarmes, the Saskatchewan First Book Award, the Salt Lake City County Library System Reader’s Choice Award, and the Carnegie Medal.

Born and raised in London, England, Alice now lives in Saskatoon, Canada, with her partner, the writer Yann Martel, and their four young children. Kirkus describes her writing as "Full to the brim with fun... For story lovers and story tellers."

CLAIM YOUR SPOT
Share on FacebookShare on TwitterShare on Google+